Renewable hybrid energy systems as a game-changer in India

India recently held two auctions for hybrid wind/solar energy projects. Both auctions were signed, with bids totaling 1.56 gigawatts (GW) awarded to SB Energy, Adani Green Energy, and ReNew Power, versus a total of 2.4 GW on offer. Uncovered prizes were slightly below the maximum fee of 2.70 Indian rupees. Although the initial industry response appears cautious, we believe that renewable hybrids can play a key role in helping India accelerate the decarbonization of power generation and reduce electricity costs in the medium term. India has added 6,570 GW of wind and solar capacity so far, with wind and solar accounting for 9.5 percent of the energy generated as of May 2019.

If the government target of 175 GW by 2022 is met, that ratio could exceed 1,516 percent. Renewable energies have three inherent challenges. First, it relies on intermittent sources that only produce electricity when the sun is out or the wind is blowing; second, its production is limited to certain times of the day; Third, its use leads to reduced utilization of transmission lines. This can lead to problems matching peak energy demand with renewable production (e.g.in the evening hours when no solar power is available) and transmission costs increase. Experiences in countries that have achieved renewable energy penetration of more than 15 percent show that some flexible energy resources are needed that can be scaled up or down quickly. This could include hydropower or gas-based power or energy storage solutions. Renewable hybrids can be a solution to the above problems. In short, a hybrid system can combine wind, solar energy with an additional generation or storage resource.

India’s ministry of new and renewable energy released a solar-wind hybrid policy in 2018. This provides a framework to promote grid-connected hybrid energy through set-ups that would use land and transmission infrastructure optimally and also manage the variability of renewable resources to some extent.

India is not the only country planning hybrid projects; 50-plus hybrid projects of MW-scale have already been announced or are under construction globally, with Australia and US being the leaders. For larger capacities or longer duration balancing, pumped hydro is a viable storage solution, but is restricted by the lack of suitable physical locations.

If the economics of hybrid systems do approach the above levels, our analysis indicates that they can potentially be competitive with 30-40 percent of existing coal-fired stations in India. They can therefore become a viable solution to meeting future baseload power requirements, all at zero carbon emissions and future cost-inflation proof. Several leading Indian corporates are also showing active interest in increasing their usage of clean power if round-the-clock solutions are available. 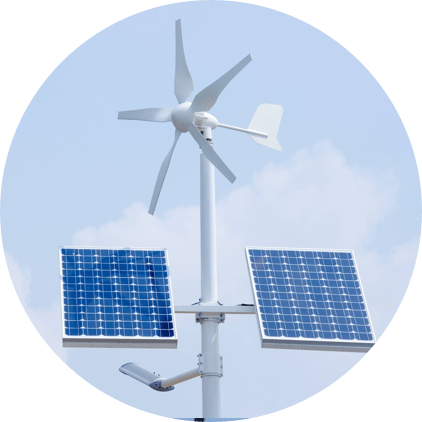