India’s capacity to generate electricity from wind reached 39.2 gigawatts (GW) a year in March 2021. An addition of another 20 GW over the next five years was in the offing, according to Global Wind Energy Council (GWEC).

The Union Ministry of New and Renewable Energy (MNRE) has set a target of installing 5 GW of offshore capacity by 2022 and 30 GW by 2030. In recent years, the wind energy sector has faced numerous challenges, and 2019 was no different.

In addition to the slowing economy, low tariffs, tariff caps and curtailments, the sector was heavily burdened by a multitude of duties and tariffs.

The total wind energy potential is 302 GW at a 100-meter hub height, according to the National Institute of Wind Energy (NIWE). Out of the total estimated potential, more than 95 per cent of commercially exploitable resources are located in seven states: Andhra Pradesh, Gujarat, Karnataka, Madhya Pradesh, Maharashtra, Rajasthan and Tamil Nadu.

Offshore wind energy refers to the deployment of wind farms inside the water bodies. They utilise the sea winds to generate electricity. These wind farms either use fixed-foundation turbines or floating wind turbines.

Offshore wind farms must be at least 200 nautical miles from the shore and 50 feet deep in the ocean. Offshore wind turbines produce electricity which is returned to shore through cables buried in the ocean floor. The coastal load centers distribute this electricity based on priority.

In India, where land is limited and the population is increasing, large wind farms positioned over water bodies will be vital.

The benefits of offshore wind parks are numerous. It is proven that offshore wind turbines are more efficient compared to onshore ones. Wind speed over water bodies is high and is consistent in direction. As a result, offshore wind farms generate more electricity per installed capacity.

Also, fewer offshore turbines are required to produce the same capacity of energy as compared to onshore ones.

As the offshore wind is stronger during the daytime, it ensures a more consistent and efficient electricity generation when consumer demand is at its highest. In contrast, wind power on land performs better at night when power consumption is lower.

A wind turbine's capacity utilisation factor (CUF) is equal to the average output power divided by the maximum power capabilities. In addition to wind availability, the size of the generator and the turbine's swept area will determine its productivity.

It's possible to build bigger and taller offshore windmills, resulting in increased energy harvest. Furthermore, the wind flow is not restricted by hills or buildings.

The advantages of offshore wind farms and the abundance of offshore wind potential in India enable them to play a huge role in achieving the desired climate commitment and energy security goals.

Offshore wind assets also present a set of challenges that have prevented them from taking off in India. Understanding the technical, regulatory and operational challenges is crucial. These include:

Local substructure manufacturers, installations vessels and trained workers are lacking in India. Offshore wind turbines require stronger structures and foundations than onshore wind farms. This can cause higher installation costs.
Consequently, offshore wind tariffs in India are expected to range between Rs 7-9 per unit, compared to Rs 2.8-2.9 per unit for onshore wind.

The action of waves and even high winds, particularly during storms or hurricanes, can damage wind turbines. Eventually, offshore wind farms require maintenance that is more costly and difficult to perform.
Many Indian ministries and departments are likely to grant clearances for offshore wind power projects. The process could be slowed by this factor, resulting in delays as well as cost overruns.
Offshore Wind Energy Development in India: Recommendations

A detailed set of recommendations detailing the necessary elements for building a policy, regulatory, grid integration, and funding framework are provided.

Currently, there are two types of RPOs: solar and non-solar. MNRE can set specific wind RPO targets for each state just like it does for solar.

Lower taxes: In India, the GST Law exempts electricity and power sales from GST.  In contrast, wind power generation companies cannot claim input tax credits when they pay GST to purchase goods and/or services for setting up the project.

The majority of wind farm components need to be imported. Turbines, transformers, inverters and evacuation infrastructures are expensive due to the taxes paid for their acquisition. If excise duties and GST could be waived, early project development will be more affordable.

A 'front-loaded' FiT agreement could also be designed and adopted in which, instead of charging the same tariff throughout the project's lifetime, a higher tariff could be charged for early years, decreasing over time. In this way, offshore wind projects can be offered a better level of financial support.

Deemed generation provision: Offshore wind projects need to be protected against curtailment concerns because of the inability of State Load Dispatch Centres (SLDCs) to absorb large quantities of power that may be generated. For this, the offshore wind can be given a “deemed generation provision”. A compensation can be provided from the state or regional unscheduled interchange pool by SLDCs / regional load dispatch centers.

The underwater power evacuation and subsea substations could be developed by the Power Grid Corporation of India Ltd. This would reduce the risk faced by offshore wind farm developers. 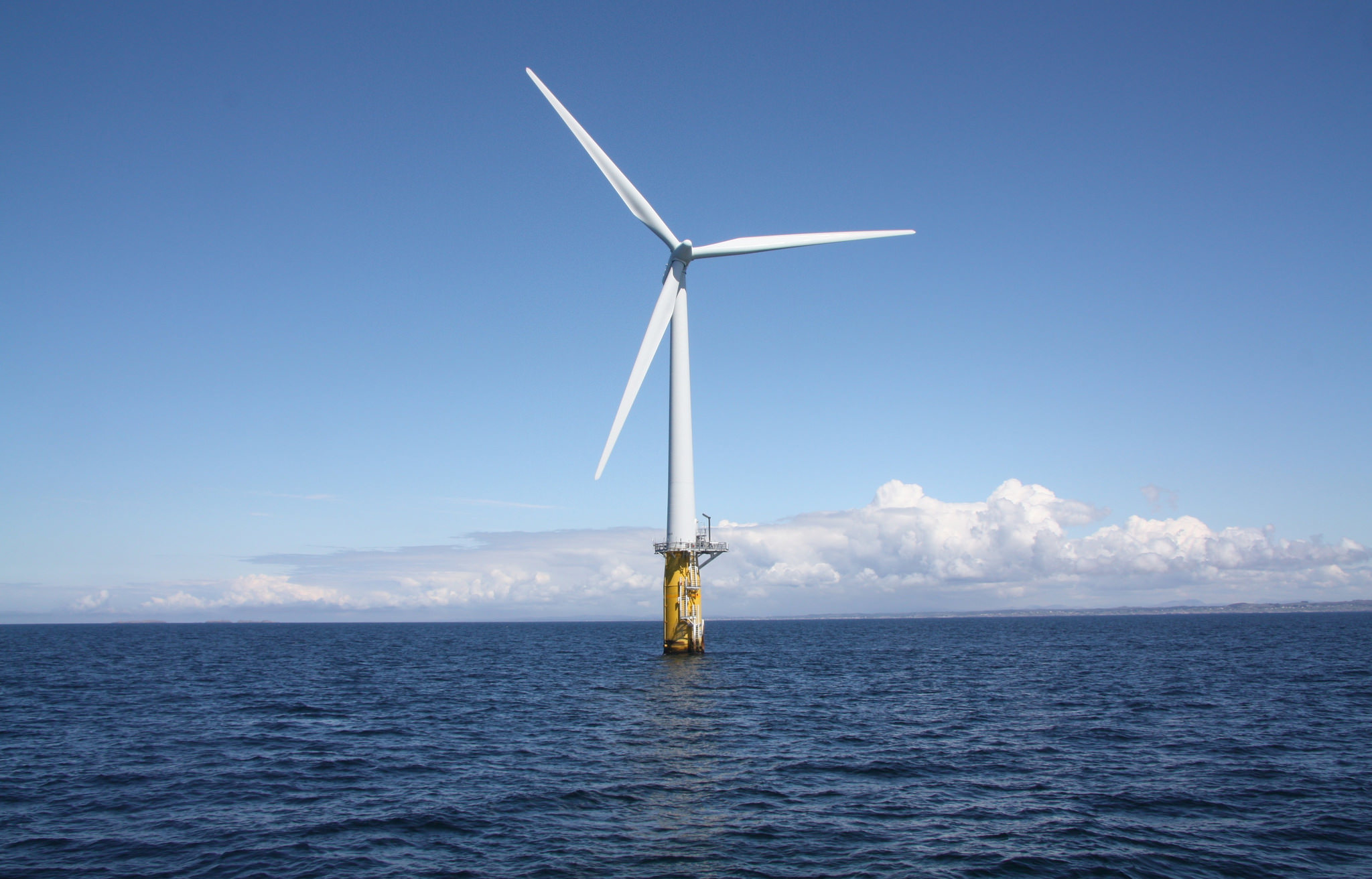